My father had a saying, ‘You don’t buy a Cadillac when your house is falling apart.’ Living within their means was common sense when my folks were growing up and it is common sense today.

I was raised by two parents who had the strongest work ethic of anyone I have ever known. They instilled in me, to the very fiber of my being, a steadfast belief in individual responsibility and self-reliance. That is why I can resolutely say, the strength of America begins with its people and NOT the federal government.

America’s economy is defined by our entrepreneurial spirit. It is by inspiring and encouraging hard work and sacrifice that we will get Americans working again.

I believe we must empower families, small businesses, and entrepreneurs to take risks, make investments, and grow jobs in our communities. This means reducing burdensome tax rates, stopping the endless cycle of crushing regulation, and moving the government out of the way so businesses can grow.

By doing so, we will help stabilize our economy, and start our nation back on the path to being the most dominant economic engine. Our future generations deserve nothing less than this commitment from all of us.

Liberals in Congress do not understand that the government cannot spend our way into prosperity.

With more than $14 Trillion in debt and even more in unfunded liabilities on the horizon, government no longer has the luxury of vast, unchecked, federal spending. The mountain of debt that we now face threatens to bankrupt our nation and destroy our American Dream. We need to stop and cut spending now.

“JUST SAY NO” to raising the debt ceiling

I do not believe raising the debt limit should continue to be an option.”

It has weakened our economy, destroyed jobs, and led to the downgrade of our Nation’s credit for the first time in history. Just like families do every day, we need to prioritize, cut back where we can, and balance our budgets so we are no longer indebting America’s future to foreign nations. 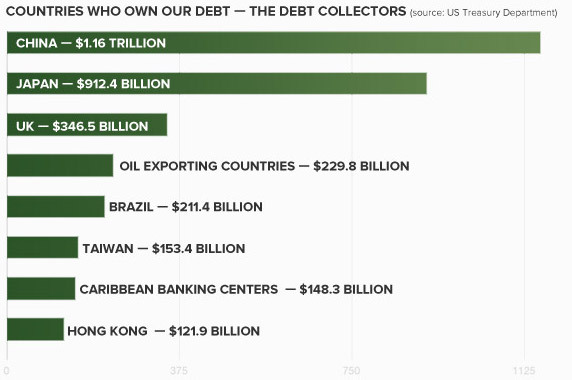 The passage of Obamacare has only exacerbated the already deeply weakened state of Medicare.

The Medicare Trustees have determined that without immediate action, Medicare will go broke by 2017. We can no longer afford to look the other way and allow Congress to kick the can down the road.

The passage of Obamacare has only exacerbated the already deeply weakened state of Medicare. That is why I will strongly support the complete repeal of Obamacare and work with leaders like Congressman Paul Ryan, to enact plans to preserve and strengthen Medicare for current and near-term retirees while providing flexibility to allow future generations to have this important safety net. Truly reforming Medicare means ensuring the program directly empowers people and their doctors to make medical decisions instead of the federal government.

The current tax system is broken.

With its high rates and confiscatory taxation, it reduces growth, destroys jobs, and lowers household incomes.

We need to substantially overhaul our tax code with a new system that will reduce the federal government’s power over the lives of taxpayers, small businesses, and stop being a burden on the growth of our economy.

America is blessed with ample energy resources, but the Obama administration has stifled and actually reduced American energy production. It is simply unacceptable that we would continue sending billions of dollars overseas to foreign governments who harvest Islamic Radicals who seek to harm our nation.

We can start achieving energy independence by electing a Congress that is fully committed to leading an energy revolution for our nation – this means:

Authorizing and vastly increasing the availability of lands for exploration and production both on shore ad off shore;
Stopping the overregulation by the Environmental Protection Agency (EPA) which harms energy production, raises energy costs, and stifles job creation;
Making a multi-year commitment to increase the use of nuclear power; and Strengthening our relationship with Canada for the development and transport of the massive oil sands resources harvested in its nation.

Protecting the Sanctity of Life and Traditional Marriage

I believe life starts at conception and it should be the policy of our nation to protect that innocent life.

Our federal tax dollars should never be allowed to fund abortions.

I also believe that the only definition of marriage is between one man and one woman.

Barack Obama and Janet Napolitano are simply living in an alternate universe when they say our southern border is safe and secure.

Ask any south Texas rancher or any American living along the border, and they will tell you spill-over violence is real and a threat to the American way of life.

It is obvious that Congress refuses to accept that the federal government has been a complete and abject failure when it comes to securing our border, preventing illegal immigration, and forcefully dealing with the narco-terrorists, human smugglers, and money launderers who serve the drug cartels.

It is well past time that we use every means available, including a military presence to help us police and lock-down our Southern border. I will also wholly oppose Barack Obama’s amnesty programs and support legislation that punishes “Sanctuary cities” for incentivizing illegal immigrants to come to America.

Like many of you, I remember exactly where I was on that dreaded hour and it is something I will never forget. We didn’t ask for this war, but we will continue to be on the offensive because the fight against radical Islamic fascist is one we must win.

I believe we should support and fully fund our men and women who hunt down these Islamic terrorists that threaten our Freedoms. We should also ensure our intelligence community has all the tools they need to intercept, disrupt, and take down terrorist cells around the world.

Protecting Our Right To Bear Arms – The Second Amendment

At an early age, my father taught me how to re-load my own shells.

Our fundamental right to bear arms is one which must not be infringed. I will protect this right and to quote Mr. Charlton Heston: “From my cold dead hands”.